by delmatty
After publications (link, link) in Crypto Scam chat, which leads Crypto man, specializing in exposing Scam ICO, it became known about another Russian scam project, this time it was NRM (Neuromachine).
It follows from the post that after its first ICO, which ended almost a year ago (in June 2018), the project team raised $ 300,000, promising to provide its product to investors by September 2018.
What actually did not happen. The project manager himself, Korsunsky V.Yu., strongly encouraged his investors in the project’s channels, saying that “everything will be fine, you need to wait”, later in December 2018, announced that all depositors' money was stolen by the technical director, and that money No, and immediately announced the second ICO and fundraising, again, saying nothing about the product itself. Whether the technical director is to blame here or not, whether he was at all, or just Korsunsky appropriated the money of the depositors, we can only guess.
Also, unexpectedly, there was news that Kazan is being tried by cashiers, and it’s a coincidence that our leader NRM, Korsunsky , which filed a case for finding and deceiving people. Korsunsky himself does not deny his participation in the court 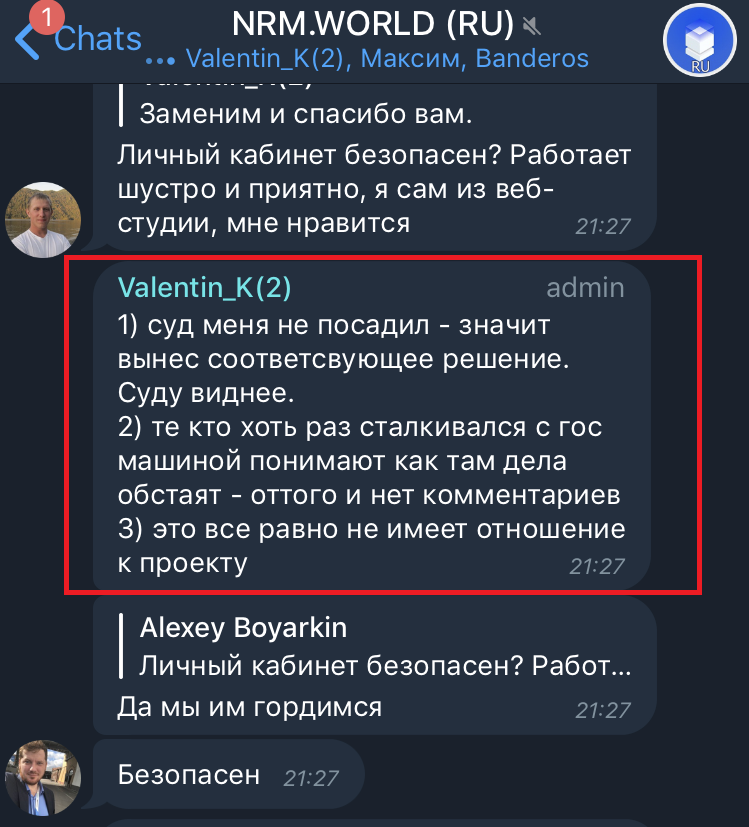 "1) The court did not imprison me, which means it issued the appropriate decision. The court knows best
2) Those who at least once came across a court understand how things are there — there are no comments from this
3) It is still not relevant to the project."

And also allows himself to throw vulgar jokes, thereby showing his disrespect for his investors and to the court itself: 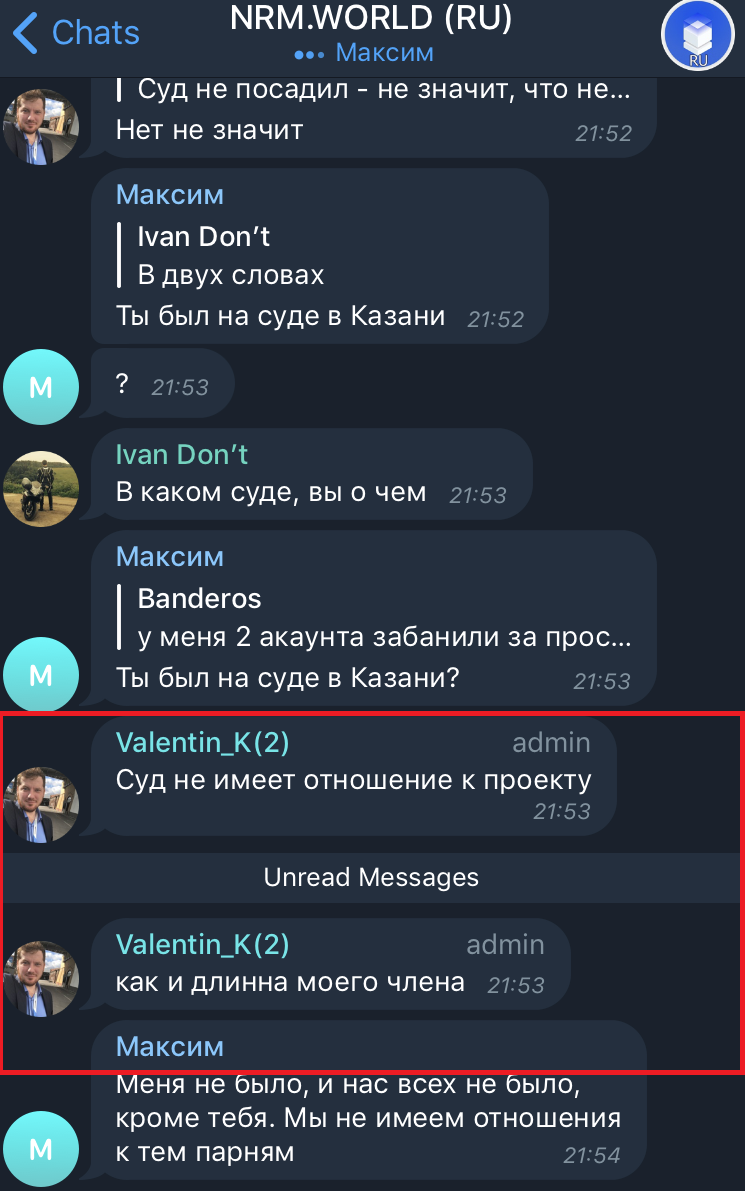 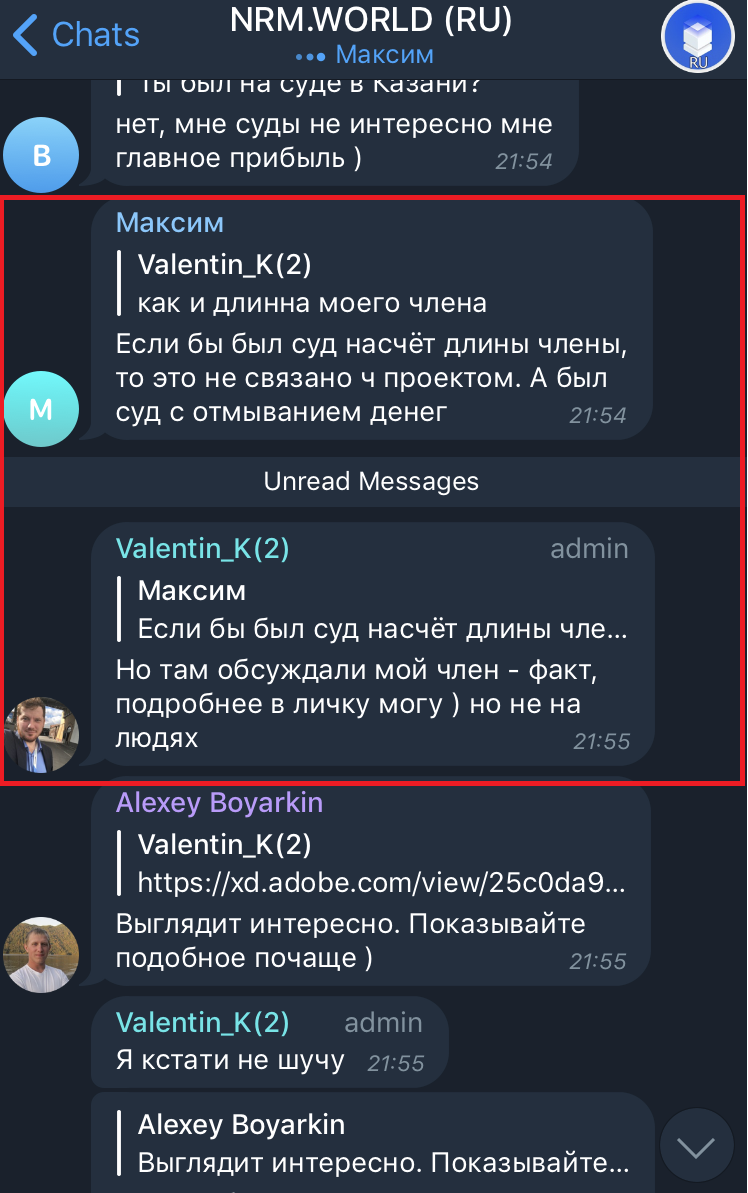 "If there was a trial about the length of the member, then it is not related to the project. And there was a money laundering trial."
"But they discussed my dick-fact, more in detail I can), but not in public"

After all sorts of inadequate disputes, in the Crypto-scam chat, Korsunsky himself was banned, and he informed his community: 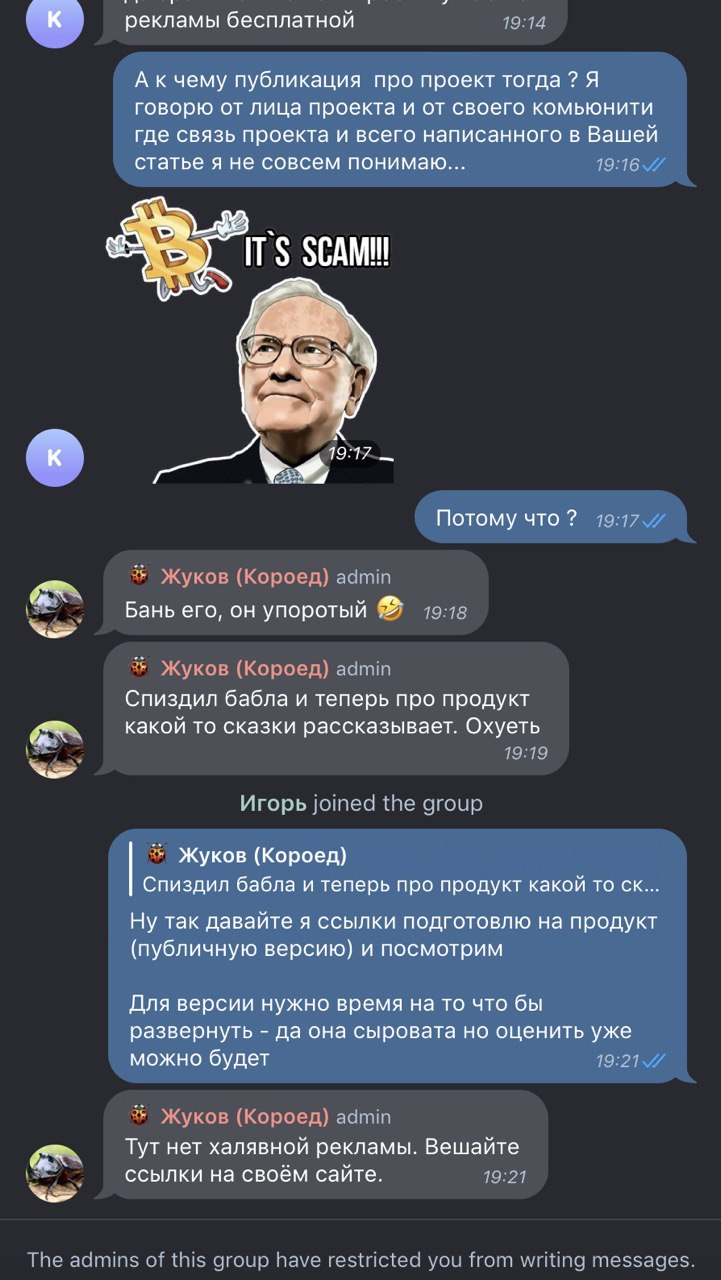 Also urging everyone to rush in and start defending the project, motivating people to do its work themselves: 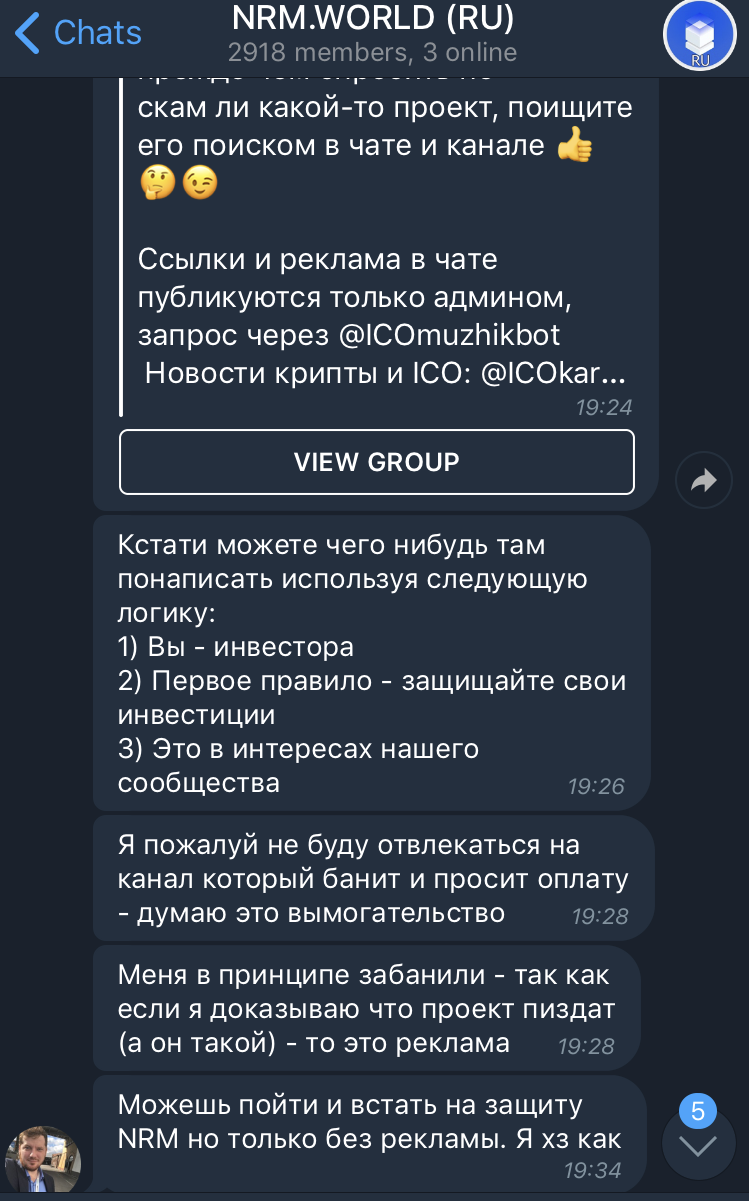 "By the way, you can write something there using the following logic:
1) You are an investor
2) The first rule - protect your investment
3) It is in the interest of our community."

But, quite a sad situation, because investors have never seen any project in their eyes and do not understand what they need to defend: 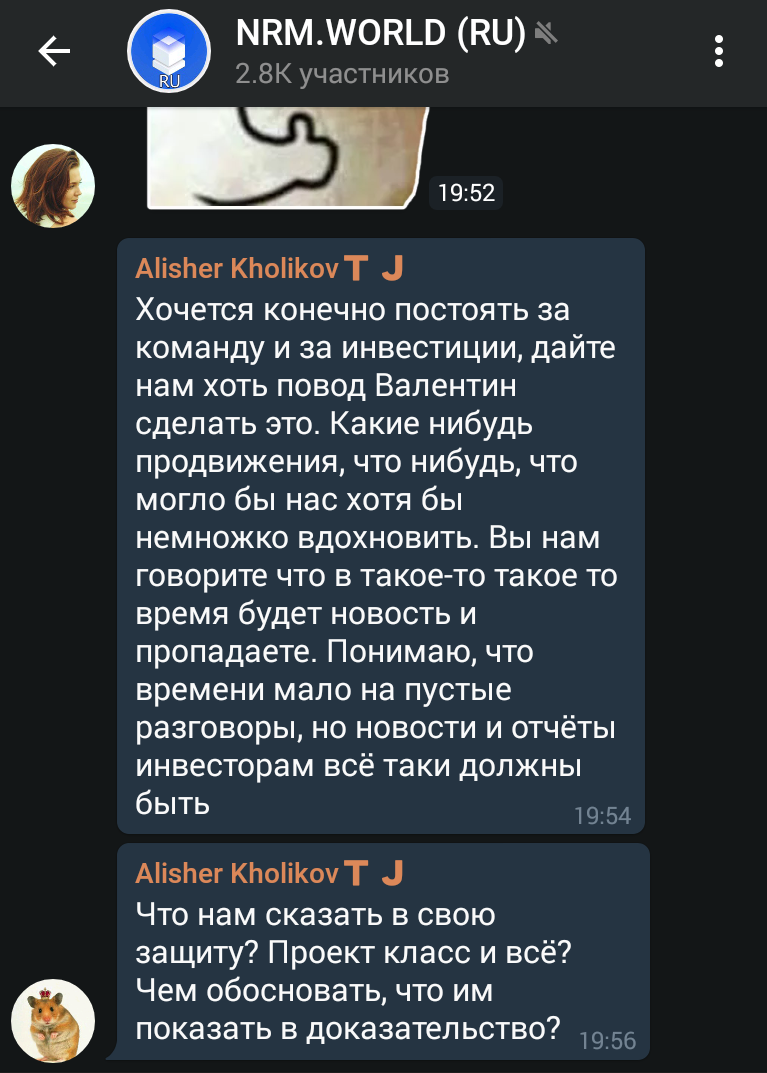 "Of course I would like to stand up for the team and for the investment, give us at least the occasion Valentine to do it. Any promotions, anything that could even inspire us a little. You tell us that at a certain time there will be news and disappear. I understand that there is little time for empty talk, but news and reports to investors should still be there."

"What do we say in our defense? Project class and everything? How to justify what they show in evidence?"

Thus, a clear SCAM is seen in the project, which rests only on Korsunsky’s psychological methods, suggesting to naive investors that everything will be fine, but how else, because he is being tried for deceiving people, and in what, he understands what words you need to pick up to make him believe in his nonsense, Korsunsky himself apparently wants to pick up more dough for bribes and repurchases, because the court has just begun, so whether Korsunsky will go to the court-zone and the mountain investors have yet to learn.
I do not advise you to invest in this project, here you will not get anything, you should not support fraudsters, let them get what they deserve.
All times are UTC+01:00
Page 1 of 1
Powered by phpBB® Forum Software © phpBB Limited
https://www.phpbb.com/