Is There a Bubble in Bitcoin? NVT Ratio Will Tell You.

Is There a Bubble in Bitcoin? NVT Ratio Will Tell You.

For most people who don't know about Bitcoin, the new thing is the investment risk under the violent fluctuations. The governments around the world have an attitude toward cryptographic assets. The examples of compliance policies are numerous. Therefore, we will not elaborate on this.

In the price of bitcoin volatility, how much does the value deviate? When is it reasonable to enter the market? Today we will talk about PE (P/E ratio) in encrypted assets: NVT ratio.

In the traditional stock market, the price earnings ratio refers to the ratio of stock price per share price to earnings per share, which is one of the indicators used to assess whether the stock price level is reasonable. The high ratio describes the valuation is too high or high. Growing company. In contrast, Bitcoin, as an encryption asset, is not an entity like a business, so it cannot be evaluated in this way.

The full name of the NVT ratio is the Network Value to Transactions Ratio, which is a network value-to-transaction ratio. It is an evaluation model published by Willy Woo and Chris Burniske in February 2017 when they published a chart on Twitter. The price-earnings ratio of Bitcoin is mentioned. 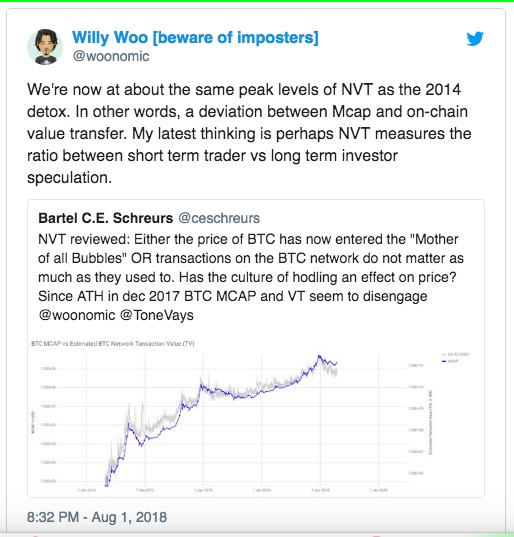 Since the essence of Bitcoin is the payment and storage value network, we can regard the funds flowing through its network as “company income”, so NVT is the ratio of company income (NV) to transaction amount (T). The formula is:

The numerator "cryptocurrency network value" in the formula refers to the transaction price of the cryptocurrency multiplied by the total circulation, which is actually the total market value of the crypto assets. However, compared with the price-earnings ratio, since the cryptocurrency is different from the enterprise, it is not profitable. The performance indicators are reflected in the “daily trading volume” that represents the potential utility of the blockchain. 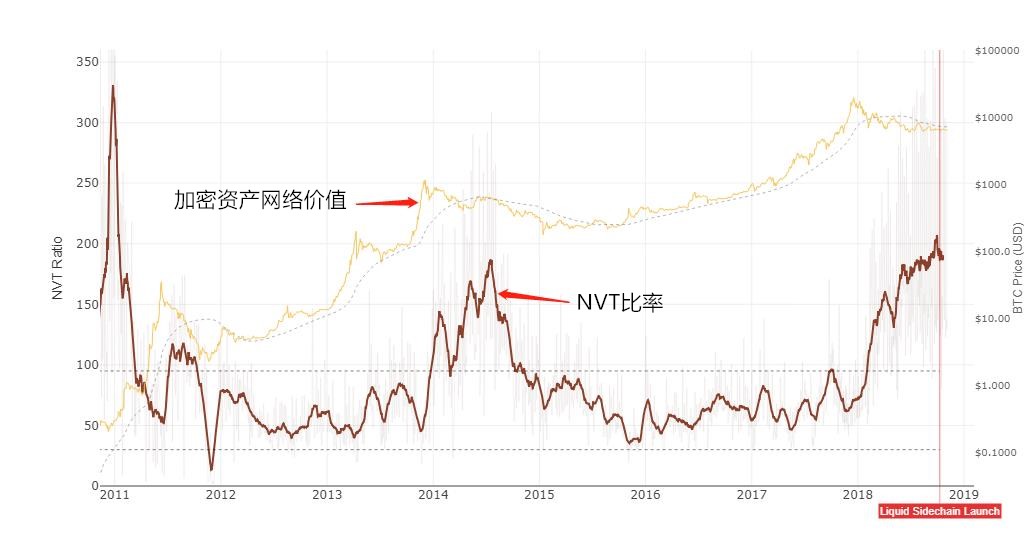 
How to use NVT ratio?

From the above figure, we can observe that the early value of bitcoin network is very low and the NVT ratio is very high. At this time, the bitcoin price is much lower than its value, which is the best investment opportunity; as time goes by, the market value of Bitcoin continues to climb and the two curves have never coincided again.

What’s fun, the daily trading volume used in NVT only considers the chain trading and does not count offline OTC transactions into the data. The reason for this is that the designer considers that some trading houses have transaction data that is not true case.

Please note that the NVT ratio has a certain hysteresis. When observe the peaks of the two curves in 2014, it is found that they do not coincide in the longitudinal direction. The NVT ratio appears in the months after the bursting of the foam, thus Lack of reference value as a predictor.

But this was a model more than a year ago and Willy Woo has improved it. 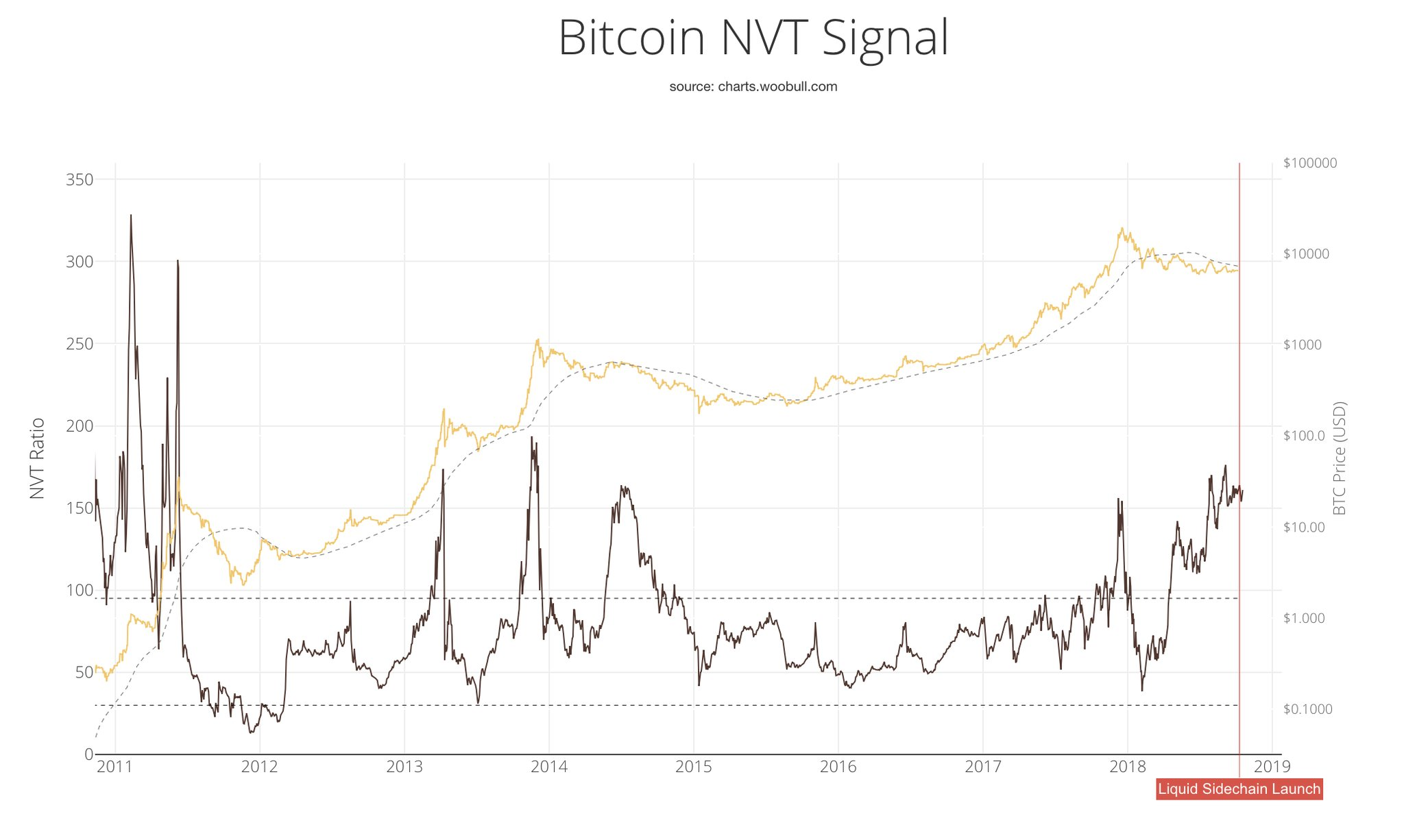 The above figure is a modified NVT ratio model. It can be seen that this data more accurately reflects whether there is a bubble in Bitcoin and has a high timeliness after the improvement.

Users browsing this forum: No registered users and 12 guests