None of the ICO's linked anywhere on this forum are endorsed by Bitcoin.com; users must do their own due diligence on any company / site linked to within this forum.
Post Reply
34 posts

what this is sir
look it seems good

Decentralised Cryptocurrency is Dead, but There is a Hope - IOTA

Blockchain is turning from something revolutionary to just another model of the same old, rotten system. If your thought that bitcoin would democratise the financial order and will cut out the middlemen, think again.

It’s not about the technology you are using: blockchain, tangle, 2x blocks, smart contracts, segwits, lightning networks, Schnorr or whatever the nerds will come up with. A problem can be solved in different ways.

The issue is more profound. Satoshi’s original vision is flawed.

If you have a very few individuals that control the destiny of a coin, what makes it different from the current monetary system? You replace the central banks with central miners. So why bother?

The dream is dead

The power that was handed over to the miners is the same that destroyed the idea of a decentralised cryptocurrency. The dream is dead. Any coin that manages to become a leader in the cryptospace will face the same problem, unless it gets rid of the miners.

No one should be above the system or have another motivation apart of being part of it. There shouldn’t be any difference between miners and users. Every member of the whole should be equal. It can be done if you go to the root of the issue and remove the financial rewards of running the network. No rewards = no inequality. No inequality = no centralisation. 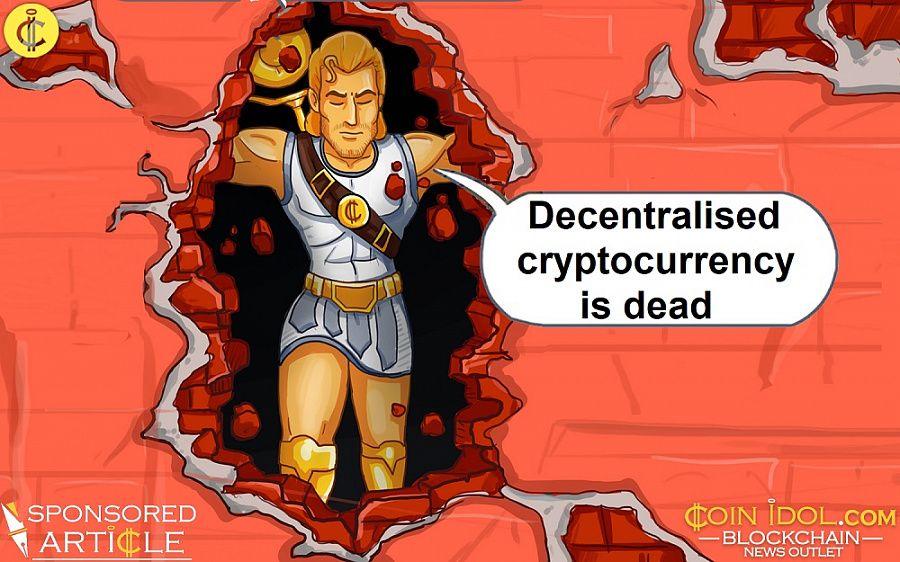