Ron Paul, the former US presidential candidate, is considering with continued attention the potential hope that a combination of cryptocurrencies and gold could ultimately substitute the U.S. dollar sooner or later.

Paul greatly admits that the plan to substitute fiat currencies is already in the process. He said:

"There are several major efforts being made to replace the fiat dollar with gold or cryptocurrencies, while other countries are making plans to challenge the dollars as the world's reserve currency." 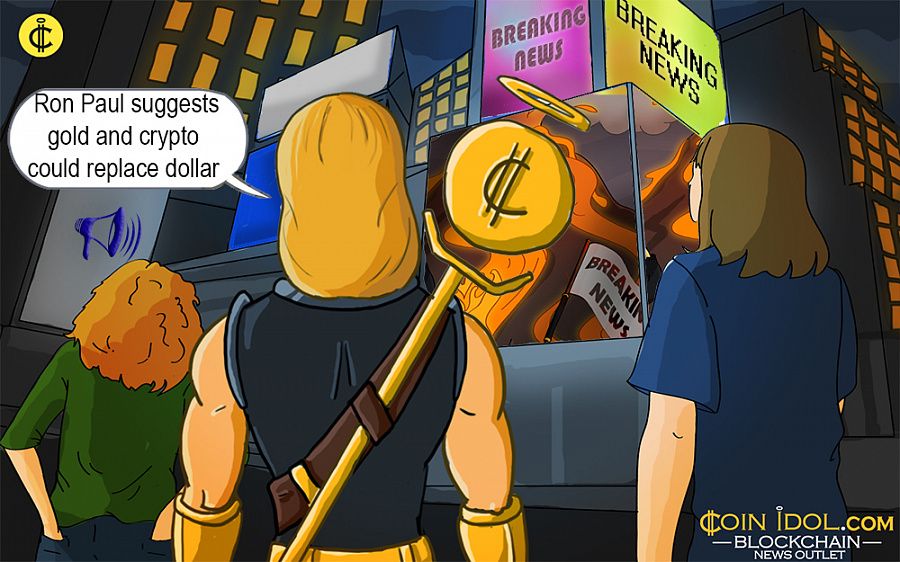 This is a real strong possibility that this could happen in the coming years. A lot of countries are advocating for the Cryptocurrency implementation. There are a few issues that must be addressed before this could. The main issue is creating a consensus among the stakeholders.

I don't think that anything can replace the dollar. There is no replacement for it. I know that gold will always have a importance in life as the best thing about gold is that it maintains or stabilizes itself. The problem with Cryptocurrency is that it could fall if the governments ban it.

I think that gold has the potential to replace dollar but there are few complications in Cryptocurrency for something like this to happen. Gold has withstood the tests of time and it will also do it in the future as well. What do you have to say about Ron Paul's comments?

Purely in theory, I can assume this, but in practice it seems to me that this will never happen because the world is not ready for cryptocurrency.
Post Reply
5 posts • Page 1 of 1