None of the ICO's linked anywhere on this forum are endorsed by Bitcoin.com; users must do their own due diligence on any company / site linked to within this forum.
Post Reply
213 posts

The Modex community continues to grow as we add another series of events and new friends to our family. Every Wednesday, starting at 6 PM, you are kindly invited to Modex Blockchain Labs, 12th floor, Bucharest to meet like-minded people, and discuss cool topics in an informal setting with great views over the city. Beers on us! 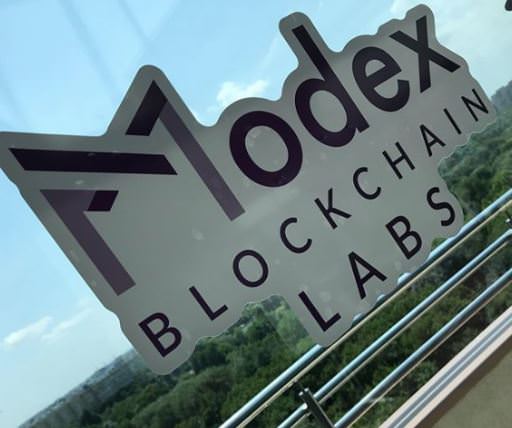 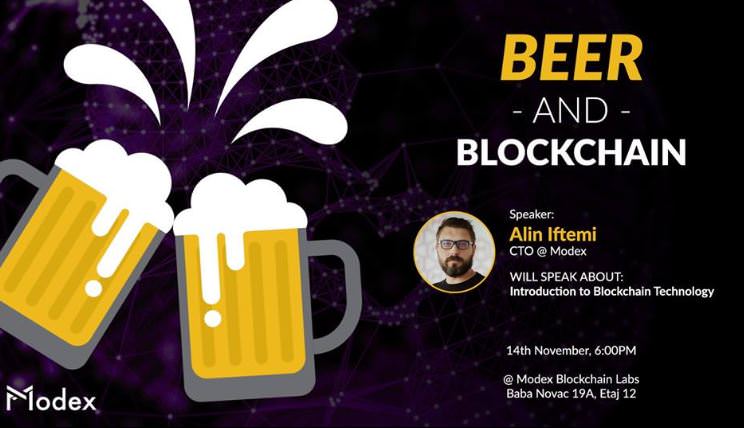 Modex rewards programmers who learn to program in Blockchain 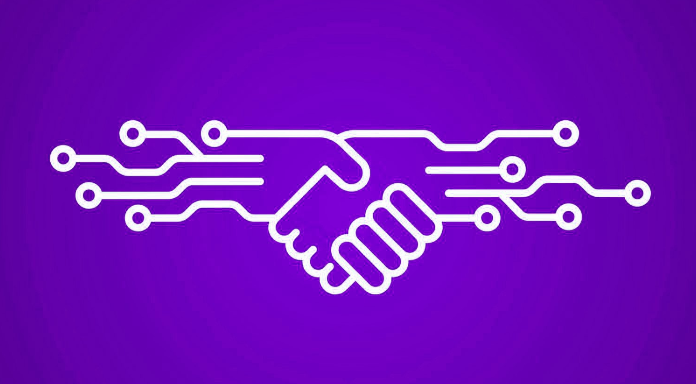 The right to be forgotten and blockchain — irresistible force versus immovable object?

One of the strong points of blockchain is that once data is added to the chain, it can’t be changed or removed. This makes blockchain trustworthy. But what do we do with this immutability in a world where privacy laws require companies to delete your data from databases once it has served its purpose — also known as “the right to be forgotten”? Is it a case of irresistible force meets immovable object? Not quite. 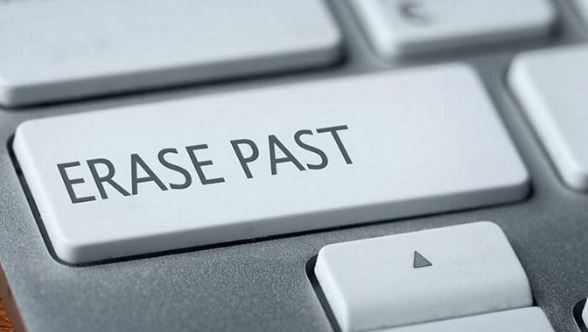 The ERC-721 bounty bounty advocates for more community participation, collaboration, and volunteerism. We believe in working together to build free, high quality products.

It was a pleasure pitching Modex today on stage at How To Web and we look forward to the award announcement tomorrow! In case you missed our presentation, you can watch the recording here, starting from minute 21: https://www.facebook.com/howtoweb/video ... 250074797/

We are very happy to host the second edition of Beer And Blockchain this evening at Modex Blockchain Labs!
Today's presentation will be an Introduction to Blockchain technology, by Modex's CTO, Alin Daniel Iftemi. 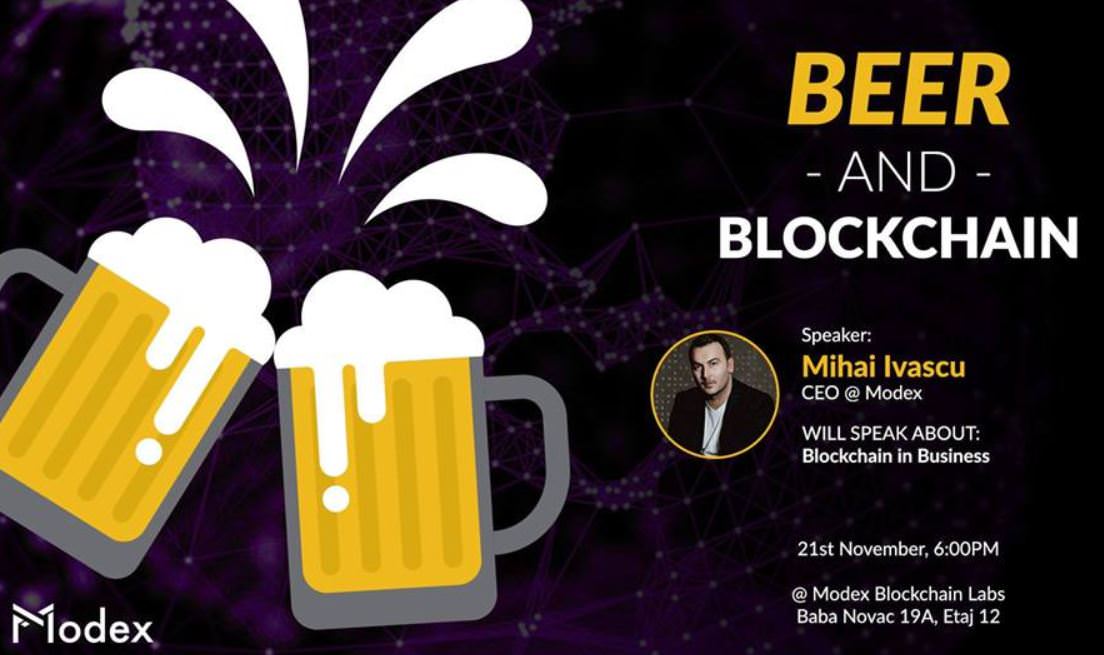 Join Modex’s BOUNTY OF THE WEEK — ERC 223 and get rewarded for your blockchain programming skills!
https://blog.modex.tech/modexs-bounty-o ... 93fa027f75 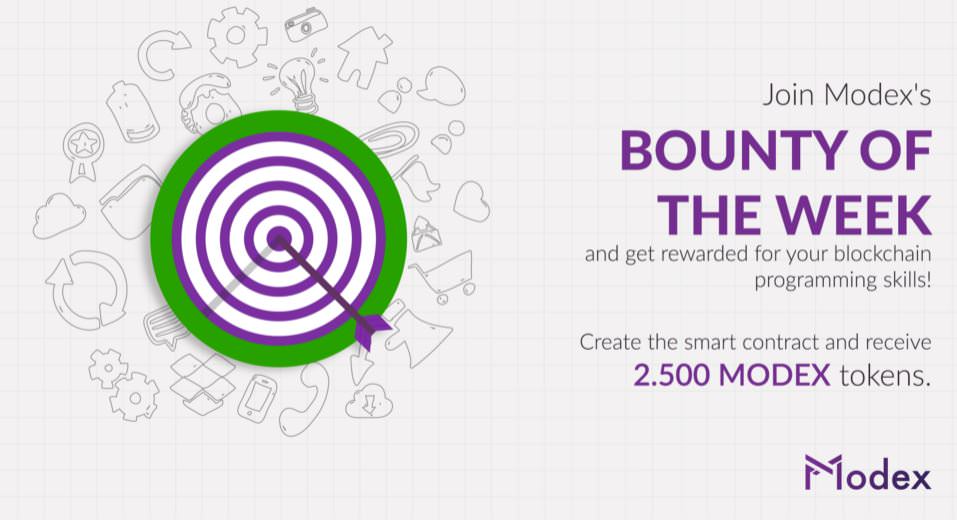 Modex is rocking the stage at How to Web Conference 2018

With founders and innovators in the spotlight, this year’s edition is taking place on 19–20 November in Bucharest. Over 100 startups and 1,000 attendees, 80% execs and founders plus 90 speakers from more than 10 countries took part in the event. During a brief pitch, Florin Otto — VP of Product — highlighted the advantages that Modex brings to developers, companies and end-users, while also providing some numbers related to the expanding community of developers formed around Modex.
https://blog.modex.tech/modex-is-rockin ... 25d56030f6 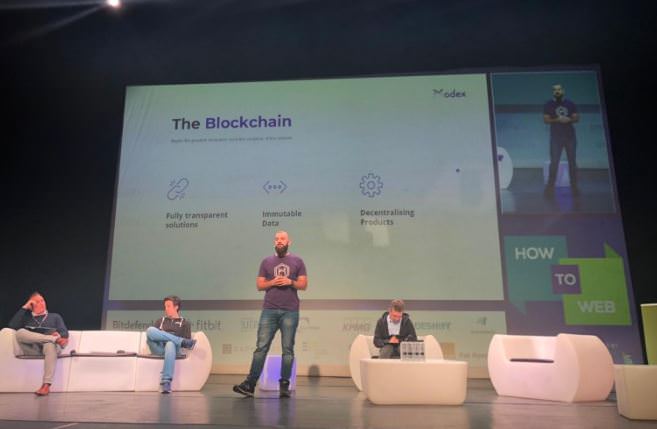 How blockchain can cure the healthcare industry

According to a study from CB Insights, blockchain has the potential to go big in healthcare. Thanks to its robust privacy design, interoperability and immutability, blockchain can be applied to a wide range of healthcare needs, from credentialing of practitioners to data sharing and supply chain management. However, there are also a few challenges along the way. 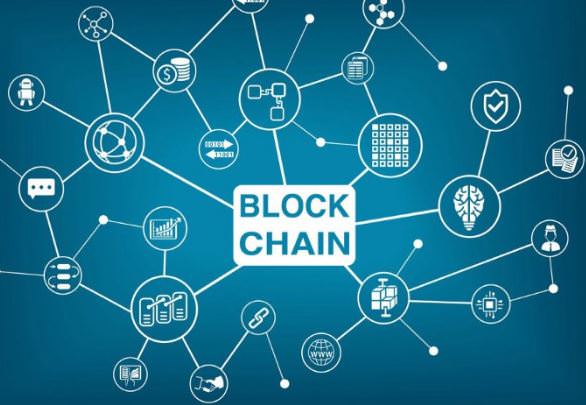 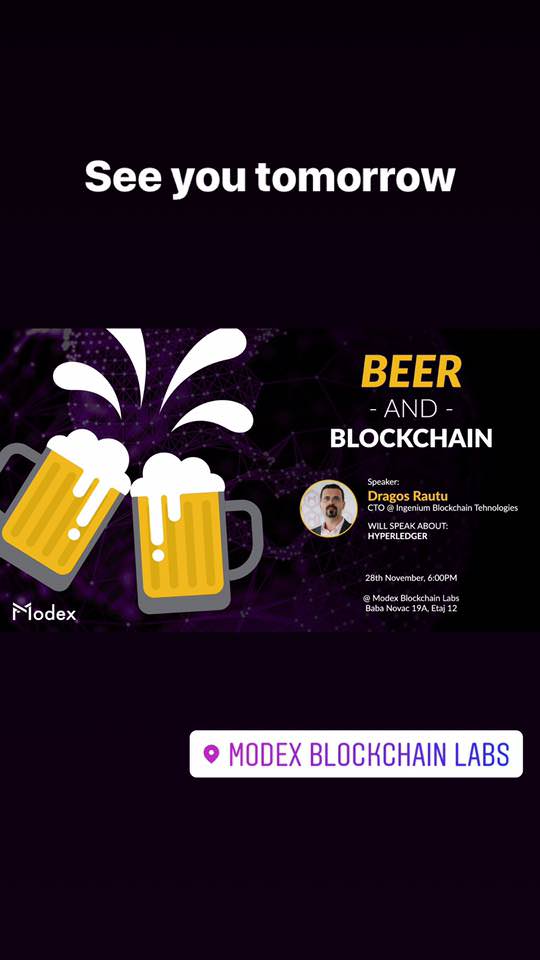 Connecting smart contracts with events in the real world
For blockchains to have a sustainable impact in practical applications and various industries they need to be able to interface accurately and reliably with real-world data. So far, this has proved to be a challenge — also known as the “oracle problem”. However, it seems that things are about to change. Startup Chainlink says it has tackled the problem that has kept smart contracts from responding to actual events.
https://blog.modex.tech/smart-connectin ... 629cfbc214

MODEX token is listed on BlockEX

After a successful ITO, Modex seems to be set on a path towards success, positioning itself on an ascending trajectory both in the developer community, while also garnering the attention of cryptocurrency traders. Recently, MODEX token has been officially listed on the BlockEX Marketplace, a leader in blockchain digital asset exchange services. 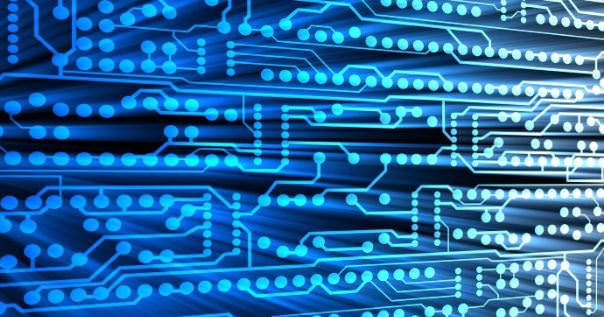 On November 29–30, Modex — the world’s first App Store for blockchain — takes part in TechCrunch Disrupt Berlin 2018, showcasing its latest innovations and blockchain development tools. Several members of our top management team are looking forward to meeting you at our booth on Startup Alley to discuss Modex’s latest developments and to offer valuable insights to developers and companies. 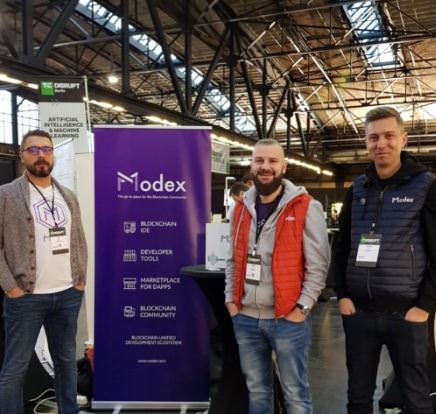 While at TechCrunch Disrupt Berlin 2018, the Modex team has officially presented the company's latest development - the Modex IDE!

Join us this Thursday, the 6th of December, at Modex Blockchain Labs, for a special edition of the Distributed Innovation Summit & Beers!
Modex's CEO, Mihai Ivascu, will host the discussion about Smart Contracts and real life use cases.
Our special guests are David Applefield, from Financial Times and Richard Skaife, CEO at YOVO. 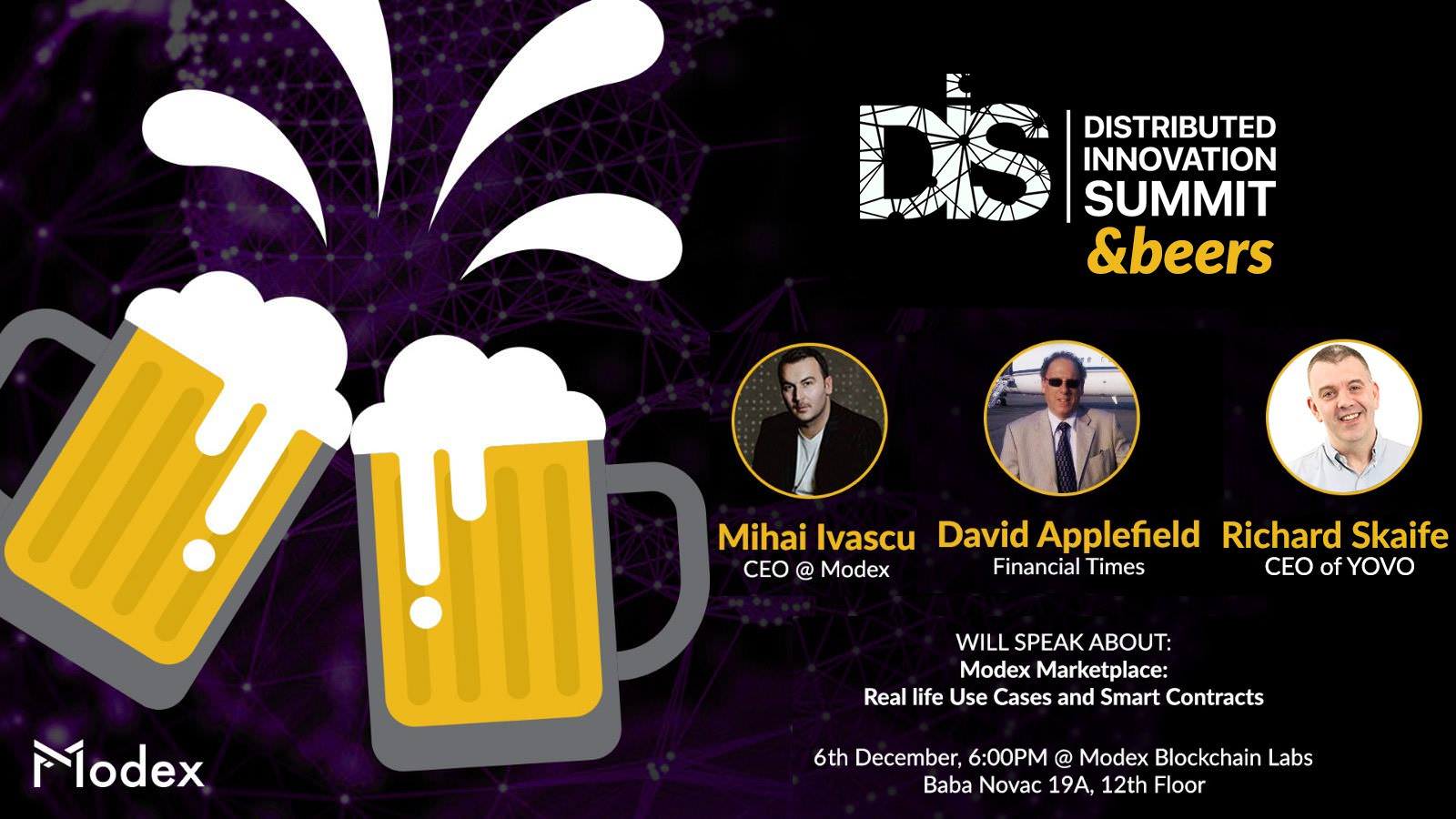 While at TechCrunch Disrupt Berlin 2018, the Modex team has taken the opportunity to officially present to the media and the startup community the company’s latest development — the Modex IDE! 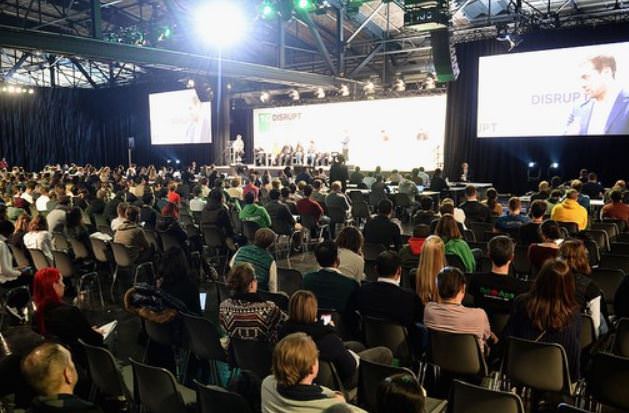 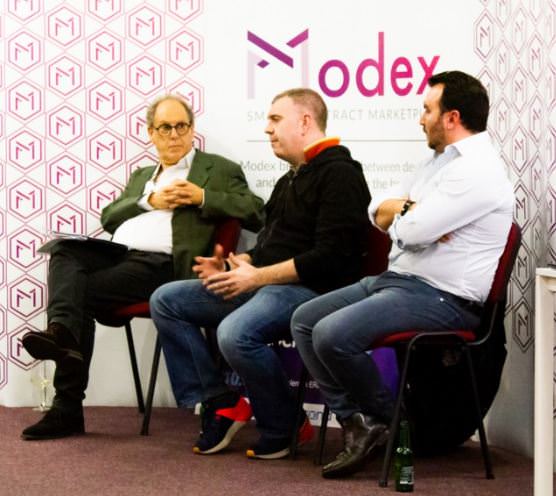 Join us on Wednesday, the 12th of December, at 6:00 pm, for our weekly Modex Talks meetup! This week's edition is focused on smart contracts and will be hosted by Dorin Stan, Tech Community Lead at Modex. 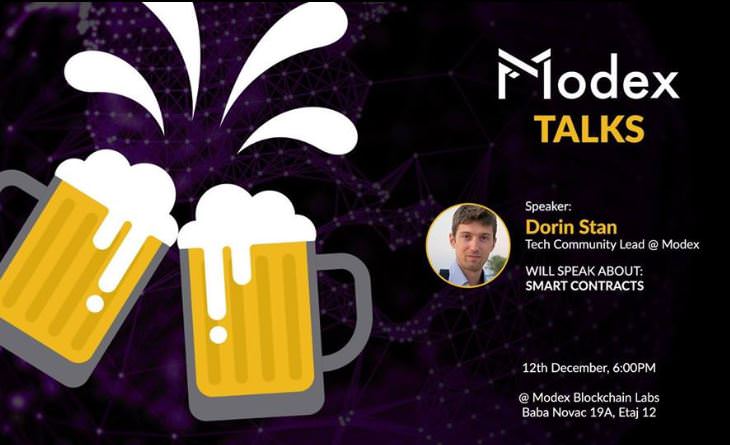 A glimpse into the future: where is blockchain headed next?

While many link the evolution of blockchain to how cryptocurrencies fare, truth is that blockchain technology is developing at a rapid rate under the surface, with engineers and academics alike taking a keen interest. How will things look like for blockchain in the future? A study from CB Insights tries to answer this question. 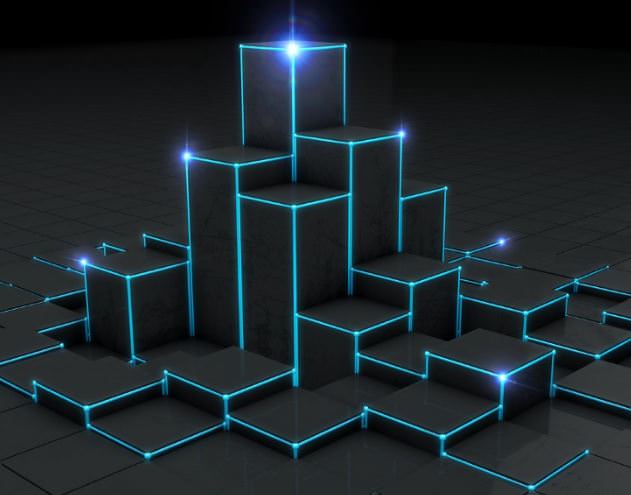 From Brussels to Southern Europe: pushing for Blockchain adoption 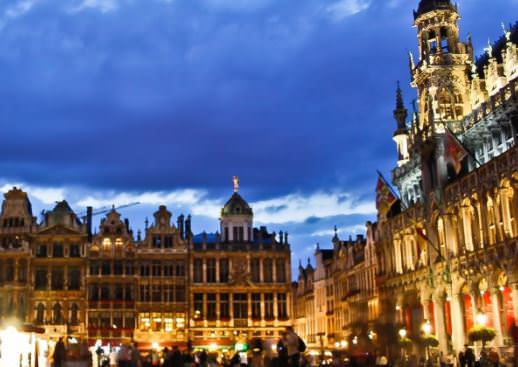 Two fundamental truths exist when promoting a startup. One is that a great product alone is not enough to succeed. The other is that no amount of marketing will make a bad product gain a mass audience.
A successful startup PR & Marketing plan requires that you have both a great product and a great strategy.
We invite you this Wednesday, on the 19th of December, starting from 6:00 pm, for an introductory talk about PR & Marketing for Tech & Blockchain Startups! #ModexTalks
The speaker for this edition will be Mihaela Becheru, Head of Communications at Modex. 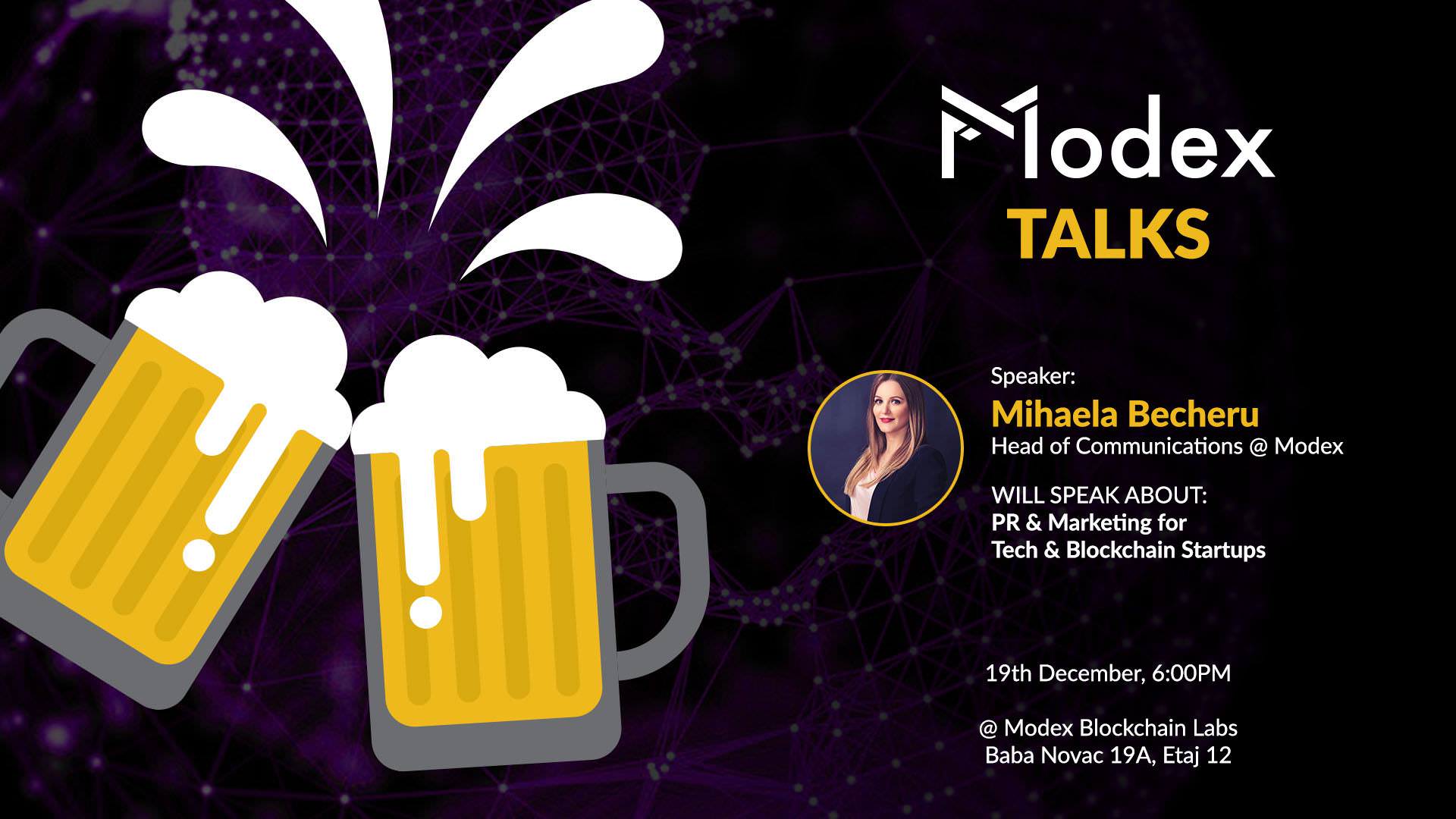 Countries with the most blockchain developers

Ever wondered which are the world’s top countries when it comes to the number of blockchain developers (absolute number and number relative to population)? We have and came across a study from UK-based blockchain consulting firm Dappros.

We invite you to share your feedback on the Modex Marketplace and our Blockchain DevTools with the Modex team during our end of the year Live Q&A and Updates Video!
Join us this Friday, the 21st of December, on our official Facebook page, where our CTO, Alin Daniel Iftemi, and Product Lead, Florin Otto, will answer all your questions starting from 10:00 am GMT https://www.facebook.com/modex.tech.team/

Modex, the world’s first app store for blockchain technology, in partnership with the student organization USAS and the Bucharest University of Economic Studies, is launching a web challenge designed exclusively for students who are passionate about programming. The Modex Online Hackathon will be split in three stages: The Web Challenge (January), The Blockchain Challenge (March), and The DApps Challenge (May). For each stage of the hackathon, Modex is offering the following prizes for the top three teams: $1 000 + 5,000 MODEX tokens for the first place, $500 + 2,500 MODEX tokens for the second place and $200 + 1,250 MODEX tokens for the third place. 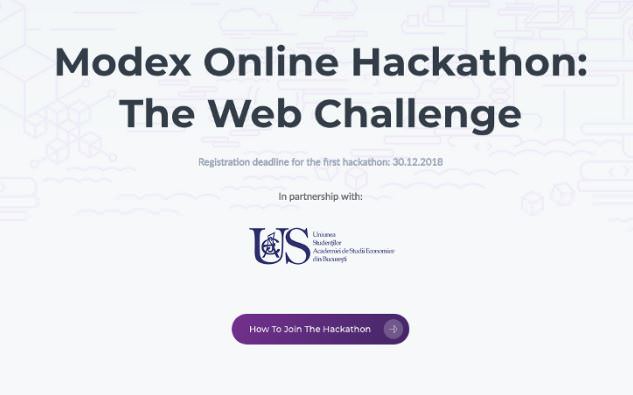 From idea to innovative product, it’s been a fantastic journey!

Together with our investors we’ve set some targets that will be achieved, as well as some KPIs and a well-structured development plan for 2019 and beyond. To give you some numbers valid on December 20th: there are 1175 total users in the platform, 84 Smart Contracts, 800 smart contracts purchases have been made so far, 70 bounties and 444 repositories.

Join us every Wednesday at Modex Blockchain Labs for a great talk around technology. This week, Dan Popescu, Developer at IBT will speak about Hyperledger-Fabric. 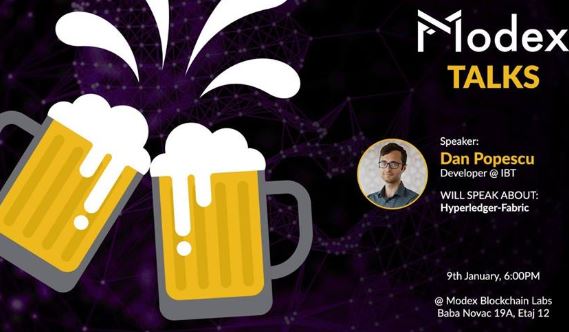 Richard Skaife is a technology entrepreneur with 20 years’ experience in the mobile space. He is co-founder and CEO of YOVO Mobile and has been named as one of the most influential people in mobile industry. Richard currently serves as an advisor to Modex, the World’s First Complete Blockchain Development Platform. 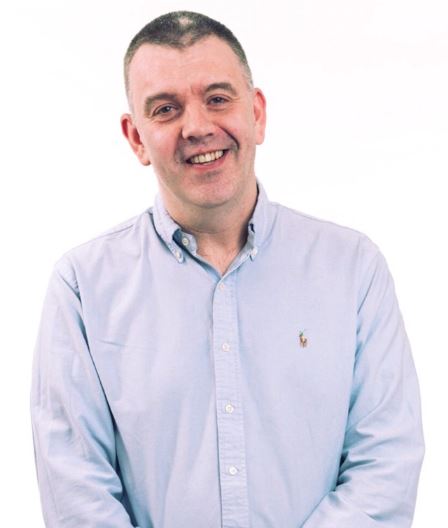 Great project, its has best concept. I sure this project will get high syccess

Blockchain’s evolution over the past few years has been steady and solid. Even so, this groundbreaking technology still has a lot to offer and continues to hold much promise. Here’s a brief overview of trends shaping the blockchain industry in 2019. 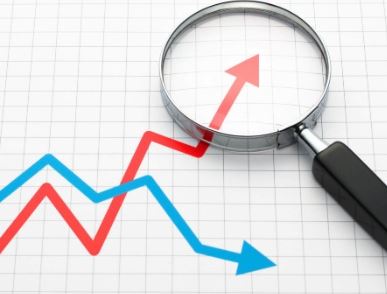 Join us at GrowthClub meet-up at Modex Blockchain Labs Bucharest!

This Wednesday, January 16th, Modex Blockchain Labs Bucharest — Romania’s first blockchain hub — is hosting the second GrowthClub meet-up, the community of entrepreneur students. Over 80 young students with bright business ideas or already launched projects will take part in the event, alongside experienced entrepreneurs, so come and meet them at our blockchain hub overlooking the city!

Three years ago, Dubai announced plans to become the world’s first blockchain-powered city by 2020. Since then, the tiny emirate has launched over 20 city-wide pilot projects across various sectors, both public and private, and keeps the foot firmly on the accelerator in order to meet the deadline. 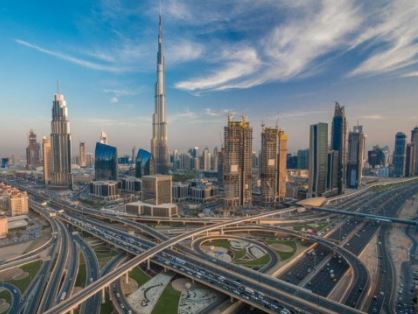 Join us this Wednesday evening for another Modex Talks blockchain event!

Following last week’s successful meet-up, we continue the Modex Talks series with another event held on the 12th floor of Modex Blockchain Labs Bucharest (19A Baba Novac), Romania’s first blockchain hub. Join us on January 23rd at 6 PM to find out interesting updates from Modex and the blockchain industry!

One month to go: MindChain, the biggest blockchain and AI event ever held in Romania

Powered by Modex and hosted by Cluj-Napoca — dubbed ‘Romania’s Silicon Valley’ due to the unique mix of tech companies and strong student community — the event will explore, between 21–22 February, the interaction between Blockchain and Artificial Intelligence (AI). 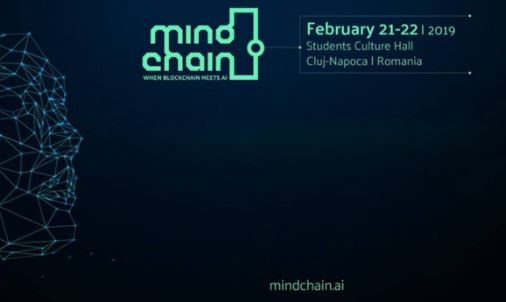 Learn or test blockchain and get paid for it

Modex — the world’s first App Store for blockchain — invites blockchain developers to test its free blockchain development tools for writing smart contracts and increase their revenue by joining the Modex platform. Built as a marketplace for decentralized apps, Modex brings the advantages of blockchain technology into everyday use by connecting developers with potential customers, providing faster and easier access in order to implement smart contracts. Understanding the huge potential that blockchain technology holds and its power to change certain industries, Modex is constantly promoting blockchain on the educational level, as well as in the enterprise sector. 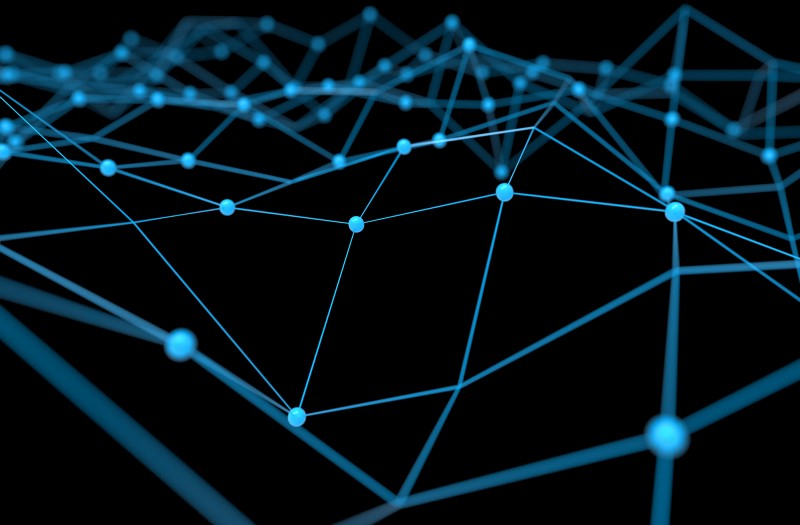 Modex and MindChain are officially kicking off the Dragons’ Den competition

Leave your swords and shields at home people and put your thinking caps on, because although the name may suggest an epic fantasy adventure setting, Dragons’ Den is a competition which focuses on two technologies which have the potential to reshape the world we live in, namely blockchain and artificial intelligence.

Join us every Wednesday at Modex Blockchain Labs for a great talk around technology. This week, Dan Popescu - Developer @IBT and Alin Iftemi - Head of Modex will host a Panel Discussion focused on Blockchain and AI. Feel free to join us and share with your friends. 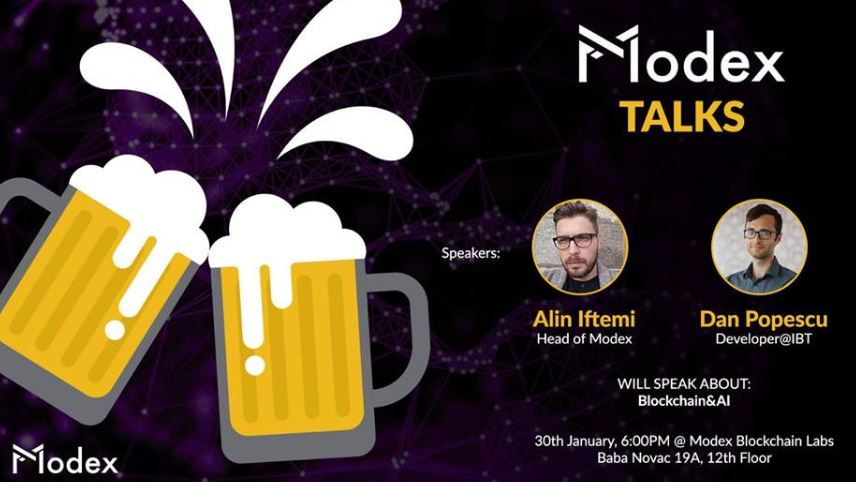