There is no doubt that the blockchain and digital currency are in the midst of winter.

The BTC price is only one-third of the peak price and price of thousands of cryptocurrencies dives. The project shuts down and the media flees. Then people use the coldest strokes to paint the industry picture, as if they wish that the winter become colder and colder. They are same people that were so crazy that couldn’t wait to burn the word “blockchain” when blockchain is hot.

The blockchain and digital currency have experienced this arduous day, writing the book of the era in the song of ice and fire. Over these years, the blockchain industry had experienced much madness, for example, provided an annual salary of one million but can't attract employees; done successful financing of 700 million Yuan within a month, and crowdfunded 150 million in 20 minutes. Of course, there are also farce dramas to defend the rights, the panic of zeroing the air currency, and the lamentation of supervision tightening.

This is the young industry and it just like that a rebellious teenager chanllenged the old order, but he just made his enthusiasm and exaggeration passed because of immaturity, after getting the fame, he has entered a trough. Not only the price of digital currency is far from the peak, but the number of blockchain projects is also declining. The blockchain is really a bubble that is about to burst? Different people have different answers.

Qing Zhu believes that the traces of passing passengers will soon be swallowed up. Only by sticking to it can you engrave your own inscriptions. 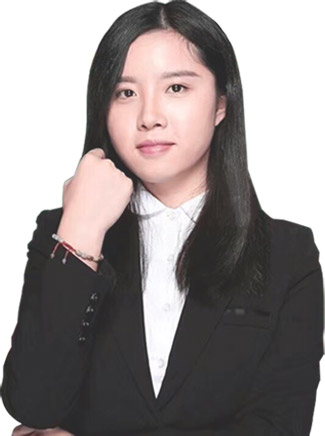 For the post-90s entrepreneurs like Qing Zhu, the Internet bubble in 2000 may not be impressed at the time, but it will undoubtedly affect her in the later growth process. It was an era of witnessing rapid speed and rapid collapse. Nasdaq broke through 5000 points in 2000 and did not break through until 15 years later. In the past 15 years, the Baiyun Cang dog, the current events have changed, but profoundly told us a truth, too many illusions, good things and more, you insist.

Soon after Google was founded, it wanted to sell itself to the search engine predecessor Excite for $750,000.

The anger and the turmoil waved the Internet bubble. However, after the storm, the gravel and gravel disappeared, and the reef was still standing. Nowadays, the companies that have collapsed above have become giants. Between the ebb and flow, no one has ever questioned the role of the Internet in the world.

For a latecomer like Qing Zhu, watching this history is like watching the sea. For entrepreneurs, they can only really be in the storm to succeed. In such an environment, it is not easy to be firm and unmoving.


Night watchman in the cold winter

When she graduated from the University of Electronic Science and Technology, Qing Zhu got the offer from Tencent. Although this is a good development opportunity, it is not what Qing Zhu wanted to do. She joined the big data industry for three years, and three years later, she came to the blockchain industry to start a business.

For entrepreneurs, despite the fact that China's economy has maintained a steady growth, national policies and other factors have determined that this is an era of entrepreneurs, the fierce competition environment and the sluggish capital have determined that this is a fierce battlefield. On the battlefield of the blockchain, this kind of tragic and more rapid, the group image of the participants is also depicted more clearly.

As for the history of blockchain development, although the time and volume is still far less than the Internet industry, some aspects are very similar. Bitcoin has skyrocketed several times, and many people lament that if they bought Bitcoin, they would be able to make a fortune now. But in fact, investors who relied on Bitcoin to achieve wealth were all over the cold night, the pressure of plunging and endless In the questioning, I persisted one day. Seeing its benefits but not seeing its hardship, this is the common weakness of mankind.
It is same as the entire blockchain industry. Public opinion sometimes treats it as a god, and sometimes turns it into a demon. However, the so-called squandering is becoming more and more glamorous, and in order to be completed, the blockchain must be seen as a technical essence. Seeing the essence, discovering the value, and starting from it, can calm down in the heat and burn in the cold winter.

Looking back at the history of the Internet bubble in 2000, how do you stick to yourself in the blockchain industry today?

When the concept of blockchain is hot and funds are pouring in, how many projects are only trying to borrow this wave of wind and use the name of the blockchain to finance the shell; when the winter is coming, how many projects are there when it is difficult? Because of the lack of strength in the business logic, the financial and technical team, or the difficulty of landing, the company has suddenly left. Or have a ghost, or hate, but will eventually leave. Only with equal motivation and strength can we survive this winter.

Every cloud has a slier lining

With this belief, Qing Zhu and her partners founded the Vena Network. Instead of blindly chasing the heat when the blockchain is hot, they spent a lot of time building professional teams, validating business logic, and building resource bases. In this way, in the winter, this project can survive in the cold.

After the project was opened, Vena Network received investment from 13 institutions including Digifinex and KuCoin at a short time. The investor's recognition of Vena Network further demonstrates that Qing's team's efforts in basic skills are of great value.

As the 2018 gradually entered the winter, the long-term bear market in the blockchain industry continued. However, Qing Zhu and Vena Network, which insisted on the value brought by blockchain technology, did not retreat. Combined with his previous background, Qing Zhu is preparing to transform Vena Network into a decentralized digital asset financing network. In this global network, anyone can conduct peer-to-peer digital asset mortgage lending and OTC transactions anytime, anywhere. Let digital currency and legal currency flow freely.


Finance is the best landing scenario for blockchains. Let the borrowing behavior get rid of the intermediary, let the participants freely manage their assets, and let the transaction flow and be transparent. This is the vision of Qing Zhu and Vena Network.

On November 5th, Vena Network will launch ICO simultaneously on the three platforms: LeekICO, TOKENPLUS and KICKICO. This is an important step for Vena Network. It is also an invitation from Vena Network to the colleagues who are still insisting. This cold road of thorns also needs everyone who believe in the value of the blockchain and walk together.

This is the worst era for the winter is cold; this is the best era because the dawn is ahead. When the bitter cold filters out hypocrisy and cowardice, only the strong one who insists on the heart can bathe in the sun. Qing Zhu and Vena Network will be with you and every cloud has a slier lining
Post Reply
1 post • Page 1 of 1