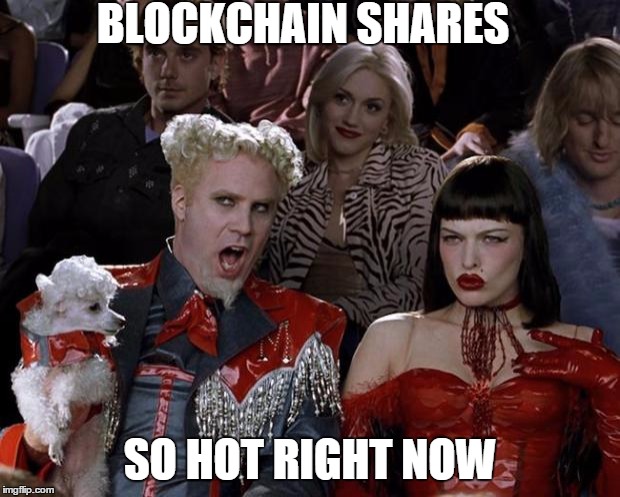 Ah yes, Blythe Masters. Wasn't she one of the architects of credit default swaps and synthetic collateralized debt obligations ( CDO's) with JP Morgan?

Just bet against anything that wrecking ball touches, better yet just buy Bitcoin.

To be fair, I think the first 20 mins is a pretty good explanation of what block-chian is (to the lay-man).

But the rest is essentially an advertisement for her business.

It was very difficult to watch. The only reason they want permissioned blockchains is so they can control and manipulate data. How she can stand there with a straight face while describing the 2008 meltdown is beyond evil.

The straw man argument of permissionless Bitcoin that you don't know if you can trust who you are sending or receiving value from is a feature, not a flaw. She and people of her ilk are in for a very rude awakening.

THE BLOCK CHAIN that secures BITCOIN is the most powerful network on earth and again I will state " The most important breakthrough in computer science history". To minimize Bitcoin as some inconvenience that came along with a really cool blockchain and now they have a groovy database displays a complete ignorance of the technology. Bitcoin is and that is enough, it is functioning as specified since 2009 with minimal interruption only when Mike Hearn EFed up and almost forked it.

They are investing 100's of millions of dollars and precious resources trying to reinvent the wheel and will fail in the end. These people abhor transparency, they are inventing something they are allergic to. They don't want an immutable public ledger, what they want has existed for years.

Their plan is to patent the technology and outlaw Bitcoin, it won't work. That lady don't know jack shit.
Post Reply
5 posts • Page 1 of 1

Users browsing this forum: No registered users and 8 guests