A vulnerability was found in the Electrum wallet software which potentially allows random websites to steal your wallet via JavaScript. The bug presumably also affects altcoin derivatives of Electrum such as Electron Cash. If you don't use Electrum or a derivative, then you are not affected and you can ignore this.

1. If you are running Electrum, shut it down right this second.
2. Upgrade to 3.0.4 (making sure to verify the PGP signature).

You don't necessarily need to rush to upgrade. In fact, in cases like this it can be prudent to wait a while just to make sure that everything is settled. The important thing is to not use the old versions. If you have an old version sitting somewhere not being used, then it is harmless as long as you do not forget to upgrade it before using it again later.

If at any point in the past you:

- Had Electrum open with no wallet passphrase set; and,
- Had a webpage open

This was just fixed hours ago. The Electrum developer (ThomasV on the forum, ecdsa on github) will presumably post more detailed info and instructions in the near future. 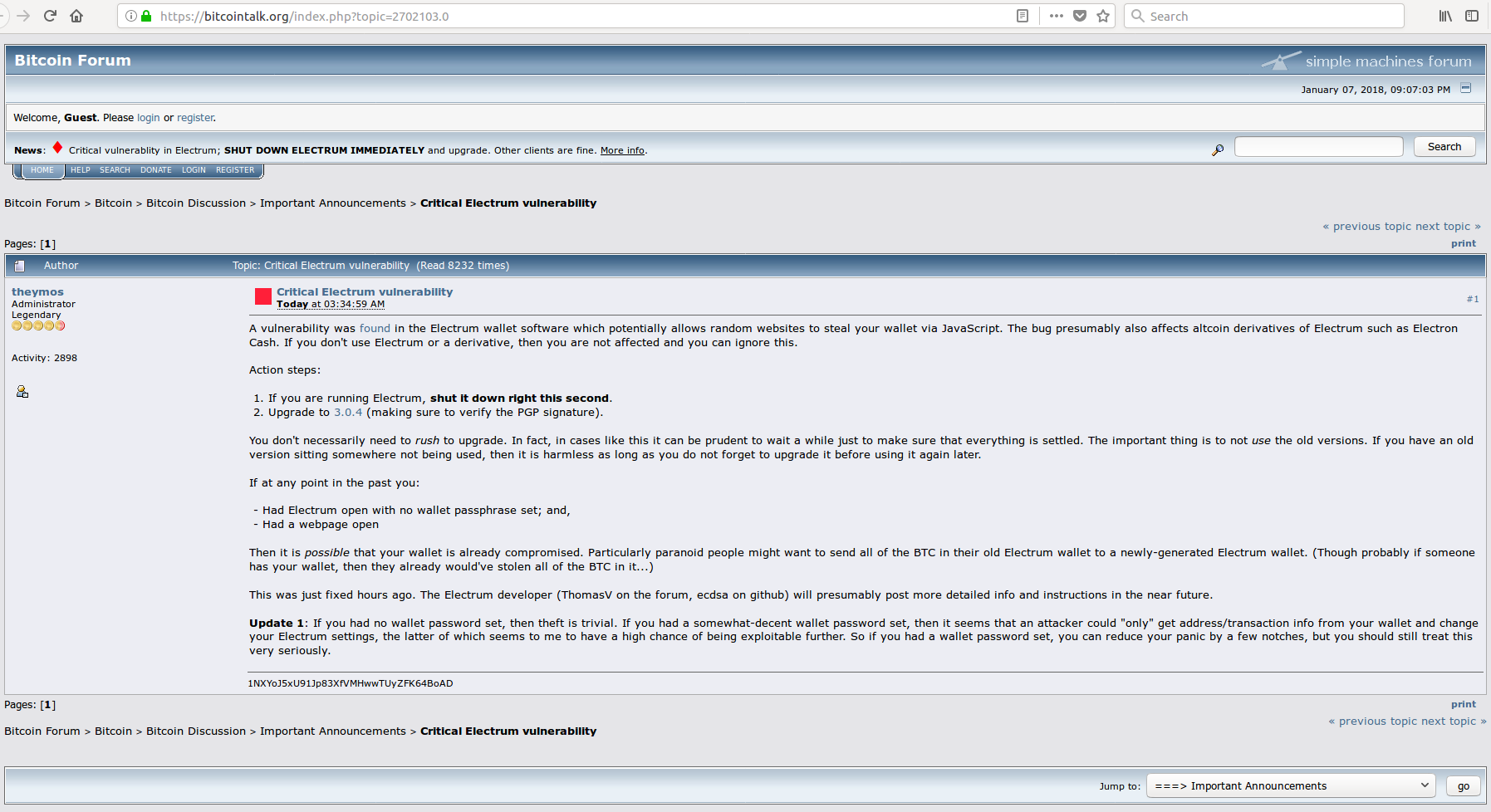 Did they ever get this fixed? Is electrum safe to use again?
Whichever chain wins,the world wins

And then people are wondering where my BTC goes

WOW that's scary. I guess time to move to another wallet