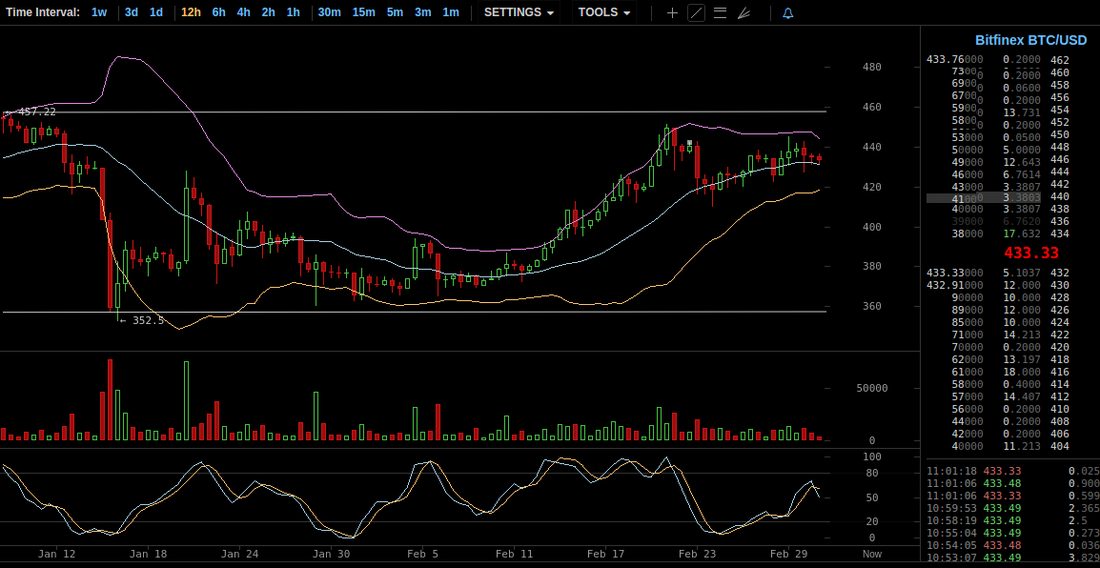 Bitcoin has been pretty boring the past week after we had a really nice rally last week on the Roundtable consensus euphoria.
Before we look at the lower timeframes let's focus on the 12-hour candles in the chart above. You can see that we are near a little resistance up in the $450 area and we have consolidating 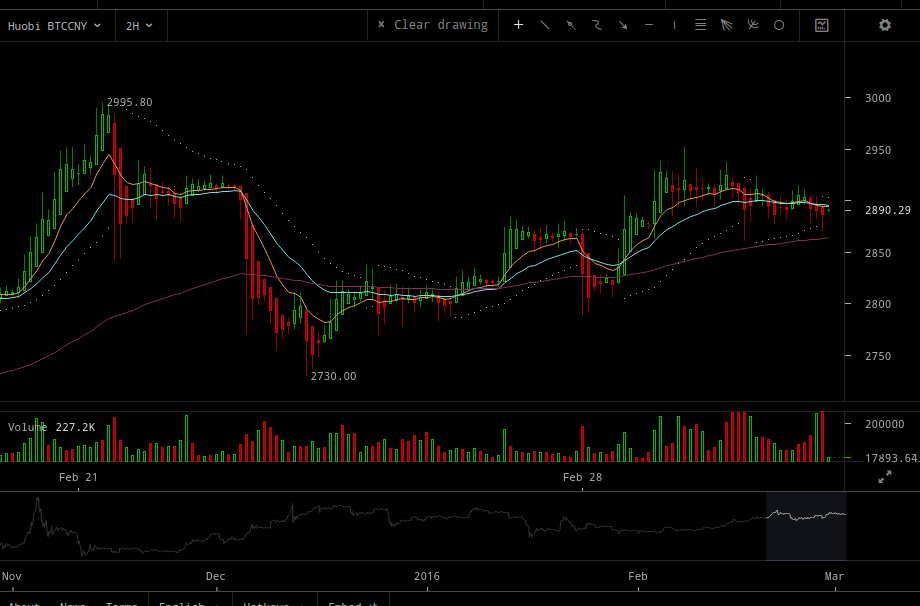 In the post-rally chart on the 2-hour candles there's basically just chop. The level has been holding but 3000 CNY was a brick wall for bulls and now it's struggling to break 2900 CNY. Lower highs signals momentum dying out which may mean a short-term pullback. But remember we are in a bull trend.

There's nothing excessive here, just normal annualized premiums, even a little low actually, with plenty of room for bulls to FOMO it up.
Note that the OKCoin quarterly contract expires on March 25, and the June 24 contracts will be issued next week on OKCoin at March 11th, when the March 25 contract becomes Biweekly and there's a new Quarterly issued.
Bitcoin can't sit still for long before it starts to move. The 1-day bollinger bands are starting to tighten and we're going to be poised for a break later this week, so be prepared for a move.